My sister told my (old) crush's sister I liked him and then his sister shouted it very loud at church.

Another one; I was at this place where you play games, like an arcade or something and my sister had very short hair at the time, and she had been trying to get tickets out of one machine. I was looking for her and there was this boy with a beanie standing there playing it. I thought it was my sister (I only glanced at him, whoops) and put my hand on his shoulder and said something similar to: "Don't get too addicted, sis, you'll waste all your credits". 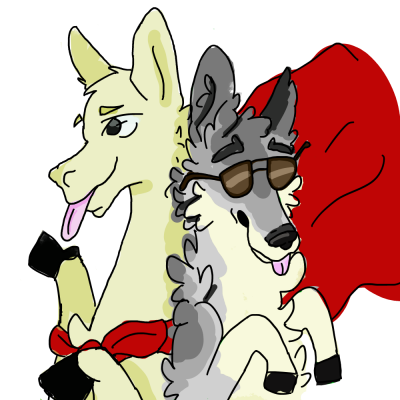 Posts: 1286
Joined: Mon Dec 31, 2018 11:42 am
Tagline: “Enjoy your life, because you never know when it will be turned upside down.”
Mood: Historically Insane
Contact:
Contact Cas
Website

I have too many embracing stories to admit; some far to personal to disclose.

Though, I got embrassed when I did all the work on a project, and my classmates took all the credit. Then my teacher walked up to me and said “I expected better from you.”

I also once dropped silver nitrate all over the floor of a Chemistry Lab...

I once saw someone I thought I knew and said hello to them.Instead of explaining what happened I ran away.
tzatzikitheleg on chickensmoothie! have a great day!

sunshine lollipops
Bird is the word

uhhh i never wet my bed that much but i always wet my pants out of the blue?? i mean on my nineth or tenth birthday i was wearing these stupid jeans and i was just running around until i suddenly wanted to pee. i got to the bathroom but...


UNTIL I WAS ELEVEN!
[hiatus]welp, goodbye uglies, see y'all in three months

In my school when we see teachers or other staff members we have to bow and greet them. So guess what? I saw my classmate coming towards me and i was looking at my phone so i thought she was a teacher. And bowed to her. She looked at me like i was a freak but i realised what happened and ran away. Oops

But like another time 2 seniors saw my friend and i and thought we were teachers. So yeah they accidentally greeted us like we were teachers
hello i’m kitten! feel free to pm me if you wanna talk c:
i love animals especially cats, drawing and music. the euphonium is a cool instrument :D
go check out my dA
Top

When I was called in class (on different occasions) to read something out-loud
or being called out for not paying attention.

I have Social Anxiety, and I hate having attention focused on me, I hate being stared
at, and I can never bring myself to talk out loud in front of a group of people.
I get a weird feeling in my stomach and I get super embarrassed and I freeze up.

There was one time in Career Prep, and I was zoned out, and my teacher called me out, (I sit in the back of the class), and He started asking me questions, in which I responded with body language (shaking my head/shrugging shoulders) and he said that I have to speak, and that body language isn't acceptable. I was so uncomfortable and I whispered in response because I could hardly even do that. Everyone was staring at me and I was so embarrassed, I wanted to disappear 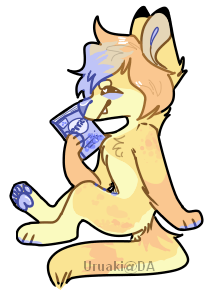